Edge of the World - Painting Haida Gwaii
Works by Men Who Paint
October 25-26th
Willow Golf & Country Club
382 Cartwright Street
Saskatoon, SK
(Friday 7pm – 10pm / Saturday, 10am – 4pm)
Artist Reception Friday October 25th (7-10 pm)
Saskatchewan painters, Cam Forrester, Greg Hargarten, Paul Trottier, Roger Trottier, and Ken Van Rees, known collectively as Men Who Paint, traveled to Haidi Gwaii, British Columbia (formerly the Queen Charlotte Islands) to pay tribute to Canadian artist Emily Carr and spotlight Canada’s Rainforest. The group spent 10 days painting and visiting historic sites on Graham Island where Carr painted and lived with the Haida just over hundred years ago. Works from their visit will be featured in an exhibition entitled, The Edge of the World at the Willows Golf and Country Club, October 25-26th.
Emily Carr is one of Canada’s most renowned artists. Her paintings of the First Nations’ villages in Haida Gwaii and her forest landscapes illuminated the plight of the Haida People, earned her honorary membership in Canada’s Group of Seven, and influenced generations of Canadian artists. Among those latter day followers are the Men Who Paint. The group has spent the past ten years exploring the country and painting the Canadian landscape. They decided to follow in Carr’s footsteps, traveling to the British Columbia to paint the most western points of Canada. The Saskatchewan artists’ expedition to Haida Gwaii was considerably different than Carr’s original voyages into the region in 1912. Emily Carr set out to paint the Haida people, their villages, and their totem poles in their original setting. The islands’ nations were on the verge of extinction following a smallpox epidemic in the late 1840s. Carr wanted to document the people and their culture before it was gone. A century later, the Haida People are experiencing a resurgence of their art and culture­—perhaps aided in a small way by the attention Carr’s artwork brought­—but now the ecology of the islands themselves are in danger. The area is part of Canada’s only temperate rainforest, with Sitka Spruce that rival the Californian Redwoods, and a lush but fragile eco-system that is threatened by logging, hunting, and over-fishing. There are 74 000 square kilometers of coastal rainforest forest in Canada, which is just 1.8% of Canada’s total forest area, but it accounts for almost half of North America’s coastal rainforest and close to 25 per cent of the world’s temperate rainforest. Works from Edge of the World exhibit feature this unique landscape. 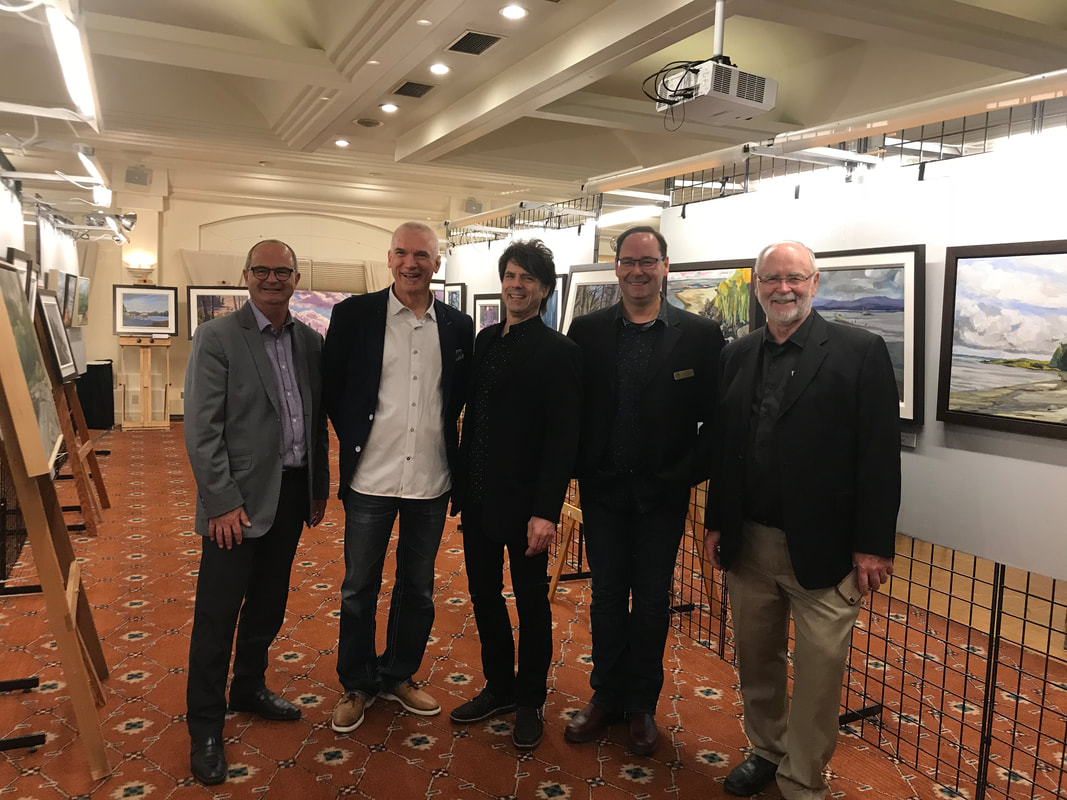