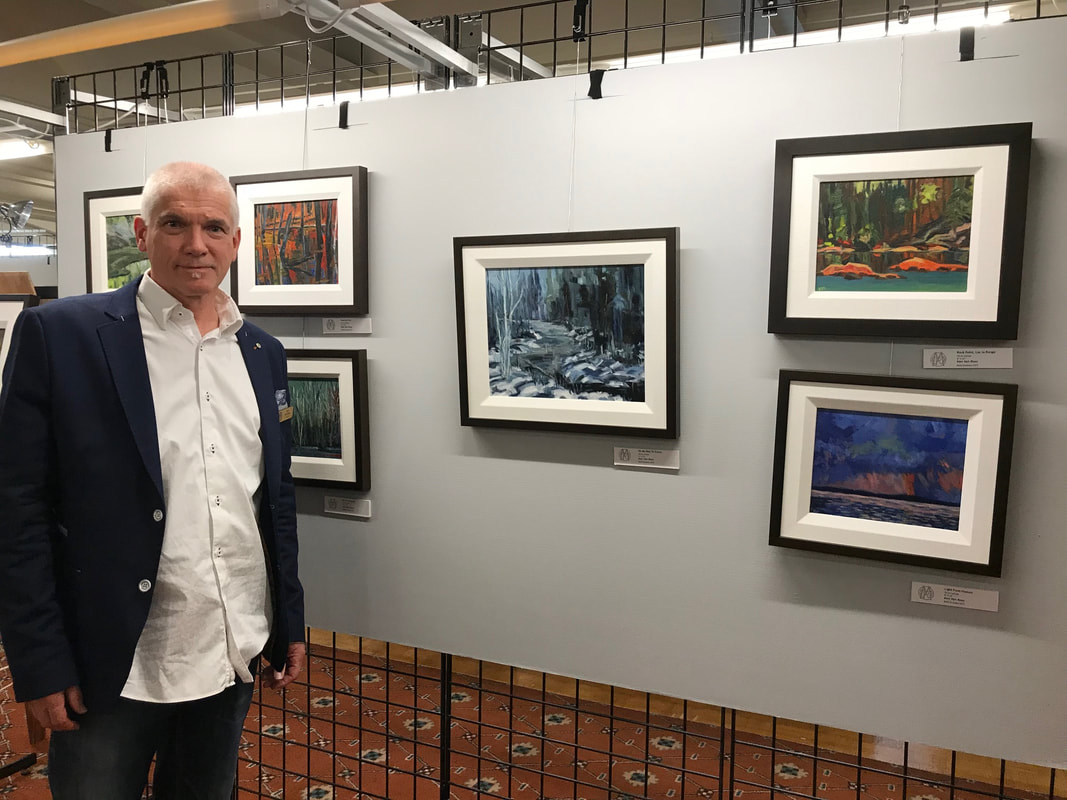 Men Who Paint: 53.9 ° North
Saskatoon Artists Bring German Exhibition Home For Canadian Debut
October 26-27th (Friday 7 - 10pm / Saturday 10 - 4pm)
Willows Golf and Country Club
382 Cartwright Street
Saskatoon, SK
Artist Reception Friday 7-10 pm
Saskatoon artists Cam Forrester, Greg Hargarten, Paul Trottier, Roger Trottier, and Ken Van Rees will be presenting the Canadian debut of works featured at a German exhibition earlier this summer.
53.9 ° North, is a collection of plein air paintings that the group completed during a 14 day stay in the Northern German state of Mecklenburg near the Baltic Sea and pieces from the same latitudes in Canada. It will be on display at the Willows Golf and Country Club, October 26-27th.
The artists, were invited to Schwaan, Germany this past May by the Kunstmuseum (Art Museum) to explore and paint the area. The expedition yielded over 100 paintings that were featured in a month-long German exhibition.
The show’s host, the Kunstmuseum in Schwaan, is a member of EuroArt, the European Federation of Artists’ Colonies, which has 73 members in 13 countries. The museum was interested in the connection between the area’s long history of plein air painting and Men Who Paint’s contemporary work in the genre.
It was a perfect fit for the members of Men Who Paint who are familiar the artists’ colony tradition—the group met at the now defunct Kenderdine Campus at Emma Lake which had an international reputation for hosting artists that dated back to the 1950s.
The artists were interested in working in an old world province that lies at the same latitude as many places in Canada. In fact, coincidentally both Schwaan, Germany and Waskesiu in Prince Albert National Park lie at 53.9 ° North.
“It was certainly interesting. The landscape was quite similar to many places in Saskatchewan and Canada, but it was missing the pristine untouched wilderness familiar to Canadians,” noted Hargarten. “That’s why we decided to explore that juxtaposition by including Canadian works in the exhibit.”
The group’s German exhibition was on display at the Kunstmuseum for five weeks and the works have now been shipped to Saskatoon for the show at the Willows.